An algal bloom is believed to have killed thousands of Atlantic salmon at a finfish aquaculture site in Scotland, last month. According to a spokesperson for The Scottish Salmon Company, warmer water temperatures over the recent weeks is suspected to have been the cause of the bloom in Loch Fyne, reports the BBC.

This is a story we hear time and time again in the news with regard to salmon farming. Algal blooms are a phenomenon caused by increases in water temperature and nutrient availability, either through anthropogenic inputs or natural environmental fluctuation. However, it is not always necessarily a local event as blooms are regularly transported by ocean currents and wind.

Most recently, aquaculture operators off the coast of Norway have experienced mass mortalities of salmon due to a prolonged algal bloom. Algal blooms can cause problems for fish producers in a number of ways. The most prominent issue in the news is that of Harmful Algal Blooms, blooms of algal species that produce toxins that directly affect the fish, such as Karenia mikimotoi.

However, it is not only the harmful algae that are a problem. Chain-forming, spiny diatoms, such as Chaetoceros, can actually block and damage the gills of fish, reducing their ability to cope with oxygen stress. In certain areas such as Scotland, where Amoebic Gill Disease (AGD) can be a problem, algal blooms can exacerbate the issue. As algae respire through the night, oxygen levels can become severely depleted. Coupled with gill damage, either from these chain-forming algae or from the damage caused by the amoebae, this can be lead to suffocation.

So, what is being done to minimise the impact of algal blooms in finfish culture? Normally, depending on the location and regulatory body, water samples are required every 1-2 weeks to assess levels of toxic algae in the water. Other initiatives are also in place, such as remote sensing using satellite data to give an early warning of the onset of an algal bloom. Early warning of algal blooms are crucial to farm operators as it allows them to employ management practices to minimise the effect of algal blooms. For example, if a bloom is suspected, operators can increase the aeration in the farm to help avoid suffocation or can cease feeding to allow the fish to ‘settle’ further down in the water column and minimise contact with the algae at the surface.

Although these initiatives are certain to help in the early detection of algal blooms and the identification of toxic species, they still have their limitations. Diurnal variation in algal populations will be poorly understood from weekly sampling and an algal bloom could easily be missed through this routine. Additionally, satellite measurements rely on clear skies and measurements can be intermittent.

Continuous, in situ algal monitoring is crucial to understanding diurnal, seasonal and environmental variability at culture sites and could significantly contribute to the early detection of algal blooms. Coupled with local hydrographic models, sensors can be placed in strategic areas to continuously monitor for any incoming blooms, allowing operators to employ management practices to minimise the risk to their livestock. In addition to this, long-term, continuous datasets could be used to improve current understanding and models of the biology at these sites and may help to predict future blooms.

However, algal monitoring is not only useful for offshore monitoring applications. In coastal waters, algal blooms can cause significant issues. Normally, the growth-limiting factor for algae is nutrients such as nitrogen and phosphorus, rather than sunlight or CO2. In coastal waters, agricultural run-off containing high levels of these nutrients is known to contribute to the sudden explosion of algae populations. Of course, wind-driven transport of blooms from offshore is also a contributing factor.

These coastal algal blooms can, in fact, be a hazard to human health. Toxic algae can infect bathing waters and shellfish. Filter feeding molluscs, such as oysters, can take up these toxins whilst feeding on the algae. In areas where shellfish are cultured or harvested for human consumption, this poses a risk as the toxins can make their way into the human diet. Perhaps the most well-known case of this is that of the dinoflagellate Alexandrium sp. This algae is responsible for the phenomenon known as ‘red tides’ and can cause Paralytic Shellfish Poisoning (PSP) when consumed by humans.

Multi-parameter algal fluorometers, such as the Chelsea TriLux are useful for monitoring the levels of different algal groups. Typical parameters include chlorophyll-a, phycocerythrin, phycocyanin and turbidity. Phycoerythrin and phycocyanin are photosynthetic pigments, like chlorophyll, that are normally found in blue-green algae, or cyanobacteria. There are a number of toxic species of cyanobacteria and there is interspecies variation in the dominant pigments they contain. Therefore, characterisation of typical algal species in a given location (or the risk of the occurrence of certain species of toxic cyanobacteria) is important in identifying which pigment to monitor. In situ species identification can be incredibly tricky, but sensors installed on-site would be able to detect any rise in algal pigments and could prompt samples to be taken and species identified either by trained personnel or other means of technology. The compact design and low cost of the sensor make it ideal for mass deployments and low power consumption coupled with a wide choice of data outputs and anti-biofouling options allows for long-term remote deployments.

With the apparent increase in algal bloom incidence and severity, possibly due to rising water temperatures and increased anthropogenic inputs, the need for improved forecasting and mitigation of algal blooms is more relevant than ever. With a rising global population and the increased demand for protein from developing countries, solving these issues will be crucial to ensuring future global food security.

However, phytoplankton is not the only biological parameter worth measuring in coastal waters. Sewage outfall can pollute coastal waters and similarly affect water quality in bathing areas and around coastal shellfisheries. Pathogens such as E. coli and Streptococcus are typically present in wastewater and, should a wastewater treatment facility fail, can affect humans through similar vectors to toxic algae. In some areas of the UK, it is mandatory that harvested shellfish go through a ‘depuration’ process during which they are allowed to cleanse themselves in a highly controlled environment for 48 hours. However, this is not always the case globally and bacterial contamination can actually be very costly for producers. Further up the supply chain, samples of shellfish are routinely tested for levels of harmful bacteria. If the levels are found to be above a threshold deemed safe for consumption, the entire batch can be discarded.

Tryptophan is an amino acid that occurs as a by-product of bacterial respiration and is a useful indicator of bacterial contamination. Long-term monitoring of tryptophan in coastal waters is useful for understanding background levels and temporal variations of the amino acid as well as detecting significant pollution events. This is useful to both producers and consumers as, in the case of a pollution event, farmers can defer harvesting or take the appropriate purification measures to ensure that their product is not rejected and is safe for human consumption. In situ fluorometers, such as the Chelsea UviLux single channel UV fluorometer, are configured to detect and quantify tryptophan.

Looking to the future

As the industry moves towards long-term, data-driven solutions for optimising business processes and minimising environmental impact, continuous monitoring of environmental parameters such as algae will play a critical role in sustainability. With a growing global demand for protein from fish and shellfish, mitigating stock losses and environmental impacts are key to securing sustainable future food sources for a growing population.

Sam Kirby is the Marine Sales Manager for Chelsea Technologies Ltd. Sam has an MSc in Marine Biology from Southampton University, specialising in aquaculture and parasitology and has previous experience in the Australian oyster aquaculture industry and his primary interests are using technology to ensure sustainability and food security. Sam can be contacted at sales@chelsea.co.uk. 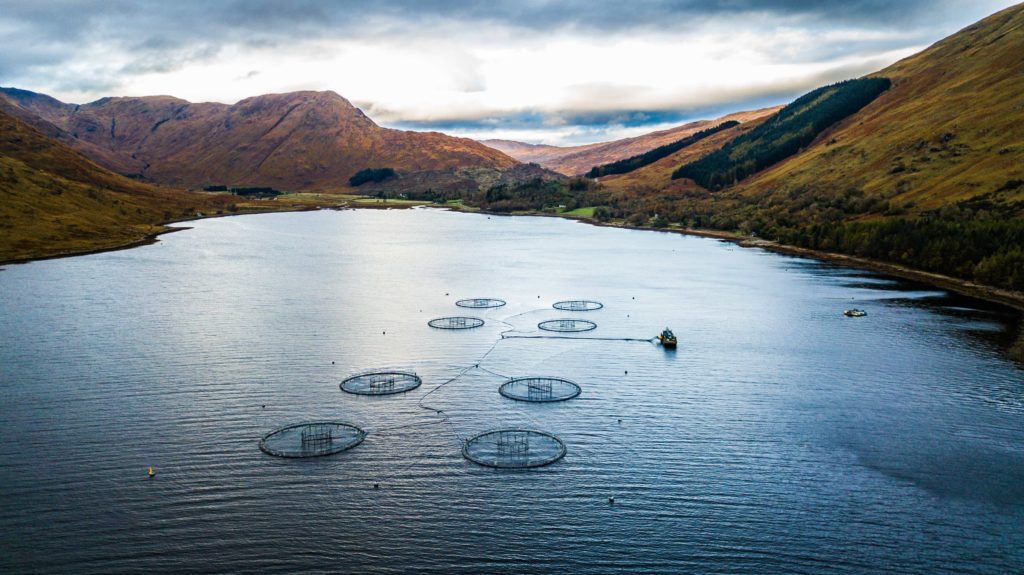